It was originally speculated that Kurt Angle’s big announcement would led to the on-air return of Stephanie McMahon and Triple H to weekly WWE programming, however that doesn’t appear to be the case.

The speculation of Stephanie & Triple H’s return was tied into the possibility that Kurt Angle would return to in-ring competition at this year’s SummerSlam event in a match against Triple H. Those plans have seemingly been nixed and WWE really doesn’t have any plans for Angle to return to action anytime this year. Kurt even noted earlier this month that WWE hasn’t even had him undergo medical testing yet, so an in-ring return for him is not likely.

Eric Bischoff and other wrestling personalities are speculating that Angle’s announcement on tonight’s RAW will be that he has an illegitimate child and the identity of the child may be revealed. 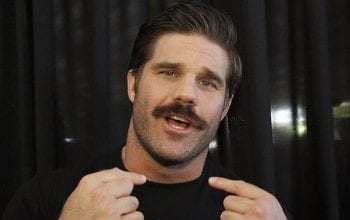