Taz says he was shocked to hear that Austin Aries was released by WWE over the weekend. Aries is a great talker who takes great care of himself and is a terrific worker in the ring, so it’s too bad that things didn’t work out for him in WWE. He’s sure that Aries will apply his craft elsewhere in the very near future, such as Japan or in ROH.

He was also surprised to hear that A.J. Styles defeated Kevin Owens to claim the United States Title at the Madison Square Garden house show over the weekend. He likes that WWE did this, because it keeps fans guessing at live events. Switching a Title at a house show from time to time ensures fans that anything can happen at any WWE event. He’s sure that those two guys tore the house down in that match, and he’s happy for Styles.

Taz gets into his analysis of last night’s Great Balls of Fire PPV.

Taz was surprised to see Seth Rollins and Bray Wyatt open the show last night. There’s nothing wrong with guys with star power opening the show like that, but Taz would have preferred if Sasha Banks and Alexa Bliss opened the show. Nonetheless, Wyatt picked up a much needed win in what was a fine opening bout. 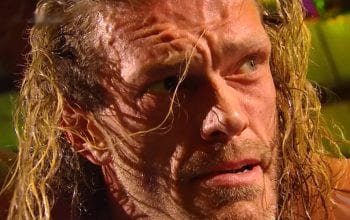