At the most recent episode of Smackdown, Shane McMahon revealed that Orton – Mahal: Episode III – Revenge of the Singhs will take place in a Punjabi Prison match. Yes, the lovely people at Battleground get to witness a resurrection. It’s been 10 years since the last match, so not everyone will be familiar with it. I certainly wasn’t.

After the match was announced, I made the decision to watch all the previous Punjabi Prison matches. I looked at them with a critical and objective eye so that I could do a comprehensive and definitive ranking. It wasn’t easy. Yet, I stayed the course. I watched all the matches. At the end of it all, my ranking was done. So how does each match stack up? Read on to find out.

The Big Show v. The Undertaker (The Great American Bash 2006) 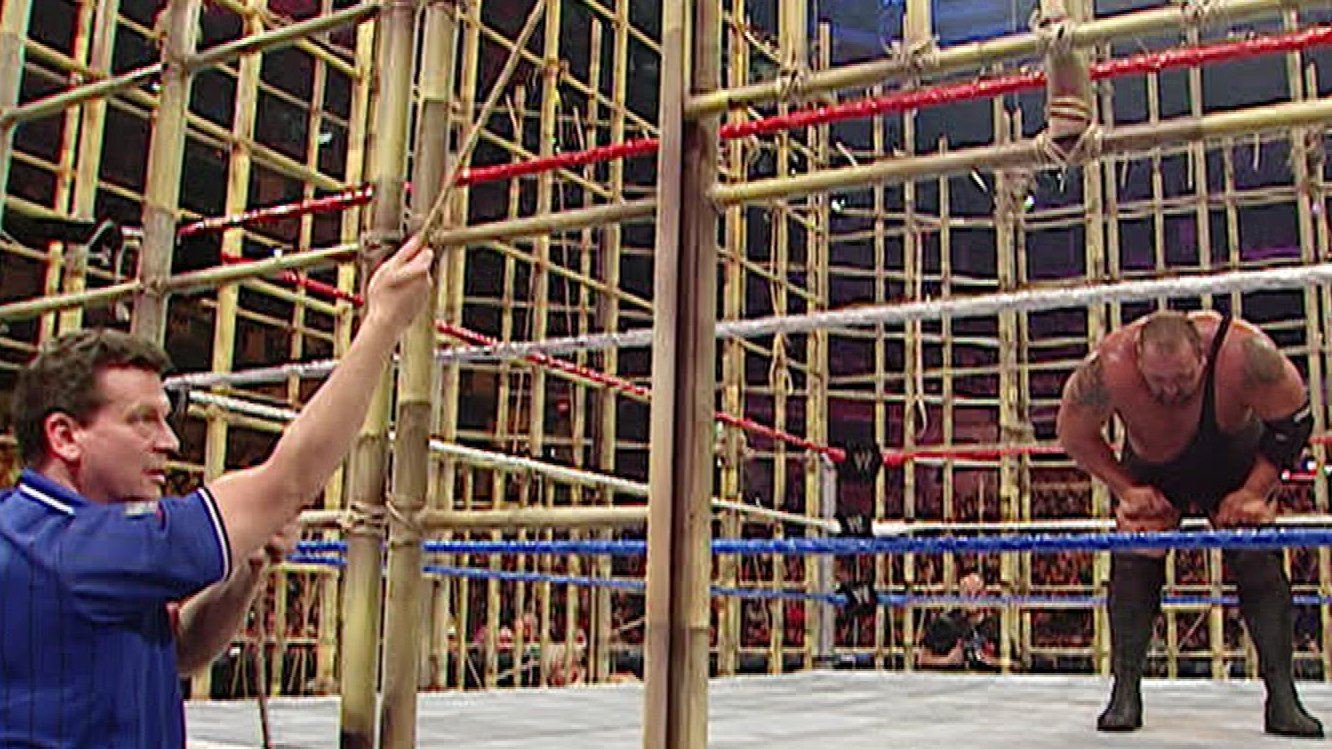 This match was at the height (hehe) of the Great Khali’s feud with the Undertaker. He had so thoroughly kicked the Undertaker’s ass on different occasions, so he challenged the Deadman to the inaugural Punjabi Prison match. And then he didn’t compete.

Due to elevated liver enzymes (whatever the heck that’s supposed to mean), Khali was not cleared to compete. Instead, they had Big Show and Khali ambush Undertaker. Teddy Long then punished Big Show by putting him in the match instead of Khali.

Prior to the match, both Big Show and JBL were selling the danger of the match. Big Show looked scared to death, and JBL argued how it was unfair for Big Show to have to compete in the match. After Undertaker made his entrance, Big Show attacked him, and the match began.

What followed was nearly 20 minutes of slow, drawn out fighting. Most of the offense was centered around preventing the other man from getting to the door. Eventually both men made it outside the first cage. Big Show was able to get the upper hand on the Undertaker, though, and he was able to trap him back in the first cage. The Deadman escaped again, and then there were some tables that were broken. Just as it seemed the match was picking up, the match ended, and Undertaker won. He performed a cross-body onto the Big Show, and the two guys fell and broke the cage. Undertaker’s feet touched the ground first, so he won.

There’s not much more to say that hasn’t already been said. The match was slow, dull, and plodding, which is why it is easily the worst Punjabi Prison match ever. 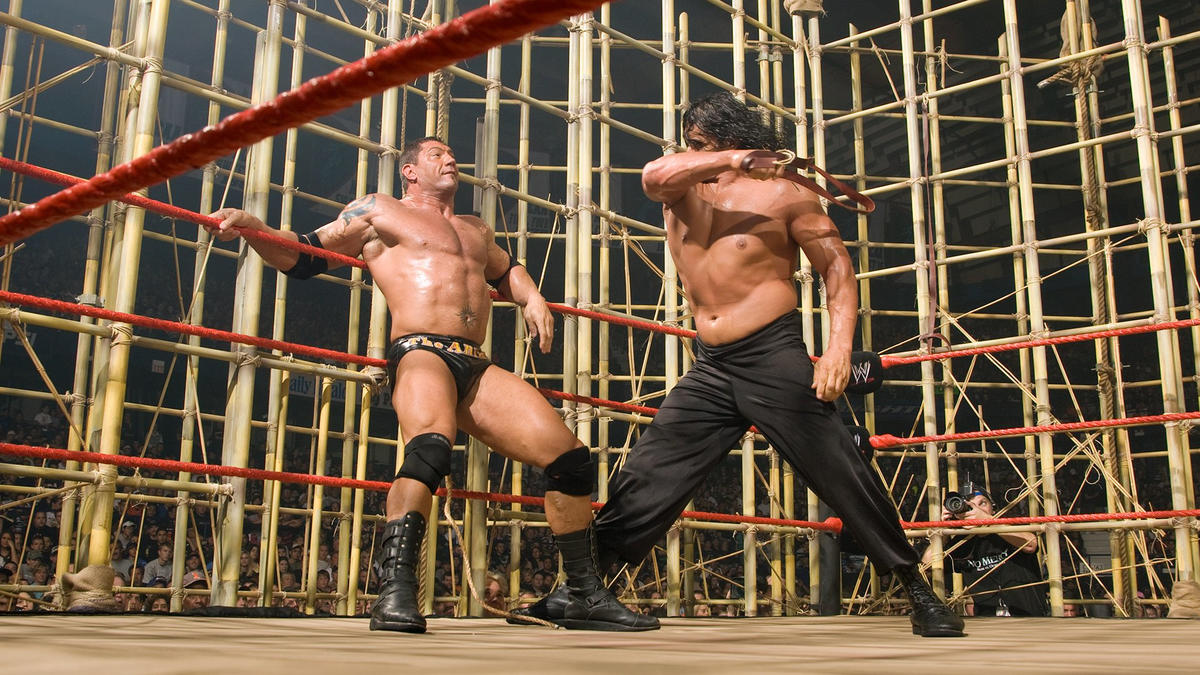 Around a year later, the Punjabi Prison match returned, this time at the height of Batista’s love story with the World Heavyweight Championship. He won the championship from Khali in a triple threat, so Khali challenged him to the match. The match happened, and this time, Khali was competing.

Again, most of the offense was based on keeping the other guy in the ring. Khali punched and chopped like a Shaolin monk, and Batista did his Batista things. Like in the previous match, there was a leather strap involved. After a while, Khali got out of the first cage, while Batista was locked in the ring. Batista was not ready to lose, so he climbed up the first cage and leapt to the second one from the top of the first. This put him neck and neck with Khali, and Batista reached the floor before Khali did, allowing him to retain the World Heavyweight Championship.

This match was as slow and plodding as the previous match. Batista, for all the skill he has, is not the Flash. Great Khali is somehow slower than a man on a wheelchair going uphill. What makes this match a bit better than the previous one is the length. Batista v. Khali went on for 15 minutes, while Undertaker v. Big Show went on for 21. While it’s not much of a difference, it makes all the difference.

The finish was also better. If you ignore the fact that there is no way in hell that Batista can lose to Khali in a race, then it was exciting. Seeing each man race down from the cage was a sight to see. Combine these factors, and you have the best ever Punjabi Prison match.