Money in the Bank is now firmly behind us. Some were shocked. Others were indignant. But how was the event, quality-wise? Let’s see what I, someone whois hardly qualified to be reviewing a pay-per-view, have to say. 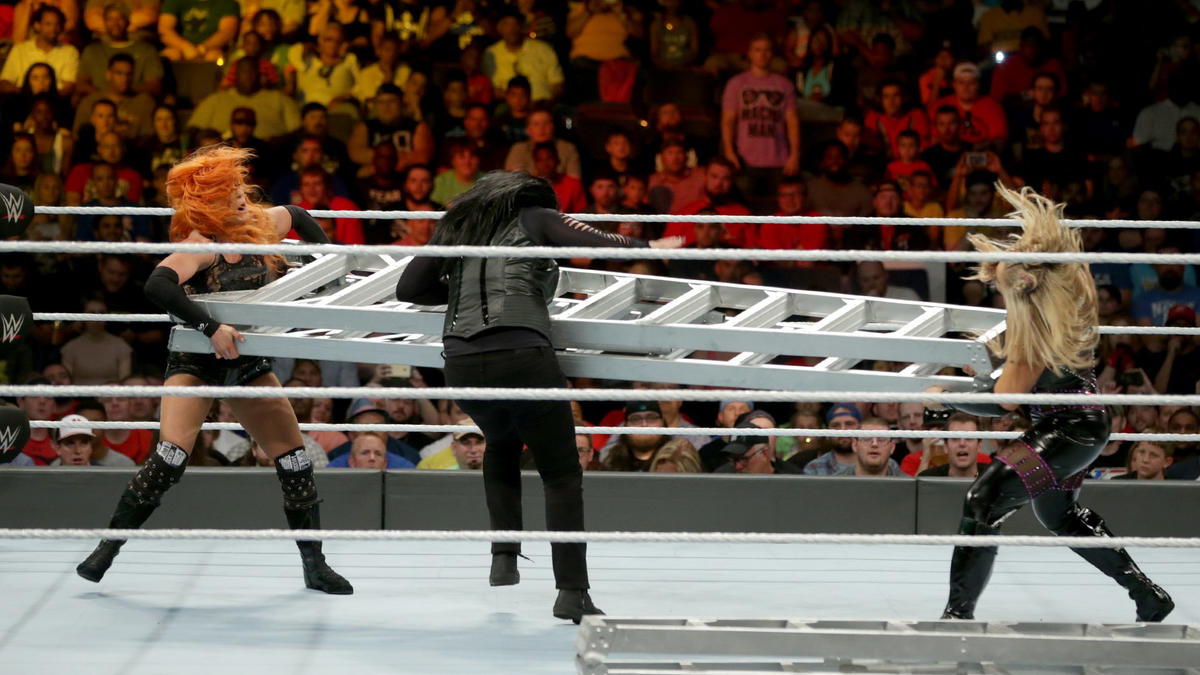 I will admit, I was initially quite worried about this match. Carmella and Tamina are hardly the best wrestlers around, and having them around ladders seemed mighty dangerous. However, the match was enjoyable. The women took some cool bumps. Natalya got slingshotted/vaulted into a ladder. There was a lot of enjoyable action to be found. Not bad for a first ever ladder match for most of these competitors.

We must talk about the finish, though. Personally, I don’t think it’s inherently bad to have Ellsworth pretty much grab the case for Carmella. I don’t think it’s supposed to be a kick in the teeth to the women’s revolution. There’s nothing wrong with Maryse or Lita helping someone win a match; Ellsworth should be able to do the same. I thought it was a great way for Ellsworth and Carmella to garner some heat, which is something they’ve been lacking. Ellsworth is now a certified problem, and it will be interesting to see the fallout from this, what with every woman wanting to kick his ass.

Still, I feel the match ended too early. It felt like it was just about to get exciting when it ended. Still, it was a great showing from the women, especially Tamina, who looked surprisingly great in there.

The New Day v. The Usos 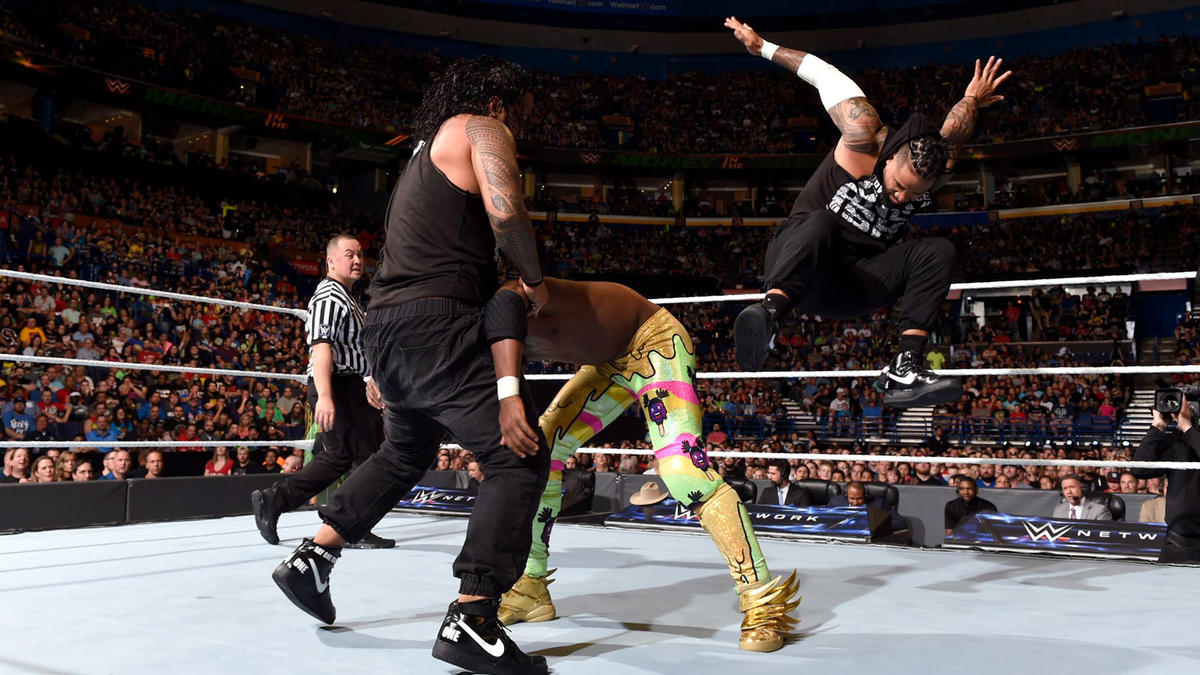 This was a fun contest between two excellent tag teams who should rightfully be the face of the division. They both understand their characters perfectly, and they have such excellent chemistry in the ring. The Usos walk away from St. Louis with another excellent title defense in a reign that has been full of them.

The near-falls in the match kept me on the edge of my seat. At first, I was thinking that the New Day would walk away from this match victorious. However, the Usos had an answer to everything the New Day threw at them. There was one near-fall in particular where one Uso broke up the pin at the very last millisecond. That one almost had me.

The finish though was the downfall of this match. The Usos just noped the hell out of there and lost by count out. Still, I can understand them wanting to save a decisive finish for another time, so I’ll let it slide. Excellent match overall. 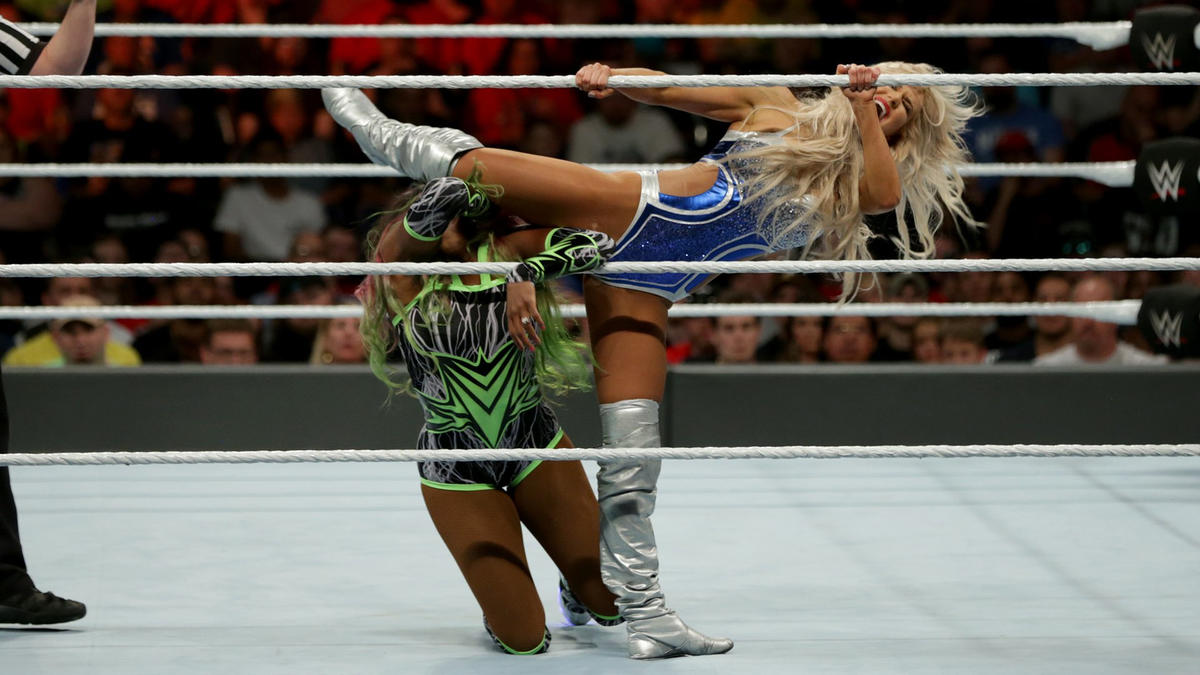 I had never ever seen Lana wrestle prior to this match. I had very low expectations, and as such, this match was very alright. It was far from a dumpster-fire of a match. Sure, Lana can improve, but that’s fine. This wasn’t so bad for a debut.

Naomi definitely carried the match, though. I guess it shows that WWE has faith in Naomi if they’re gonna have her lead a match with Lana. It must be said though that with neither of them being particularly great (Naomi’s not even a bad wrestler, but she’s not great. She’s missing something, I just can’t quite put my finger on it), this match is largely forgettable. Solid, but nothing super inspiring.

The Carmella tease was cool. It showed a new predatory side to the Staten Island Princess. I really thought she would cash in so Daniel Bryan couldn’t make her defend the case or something. 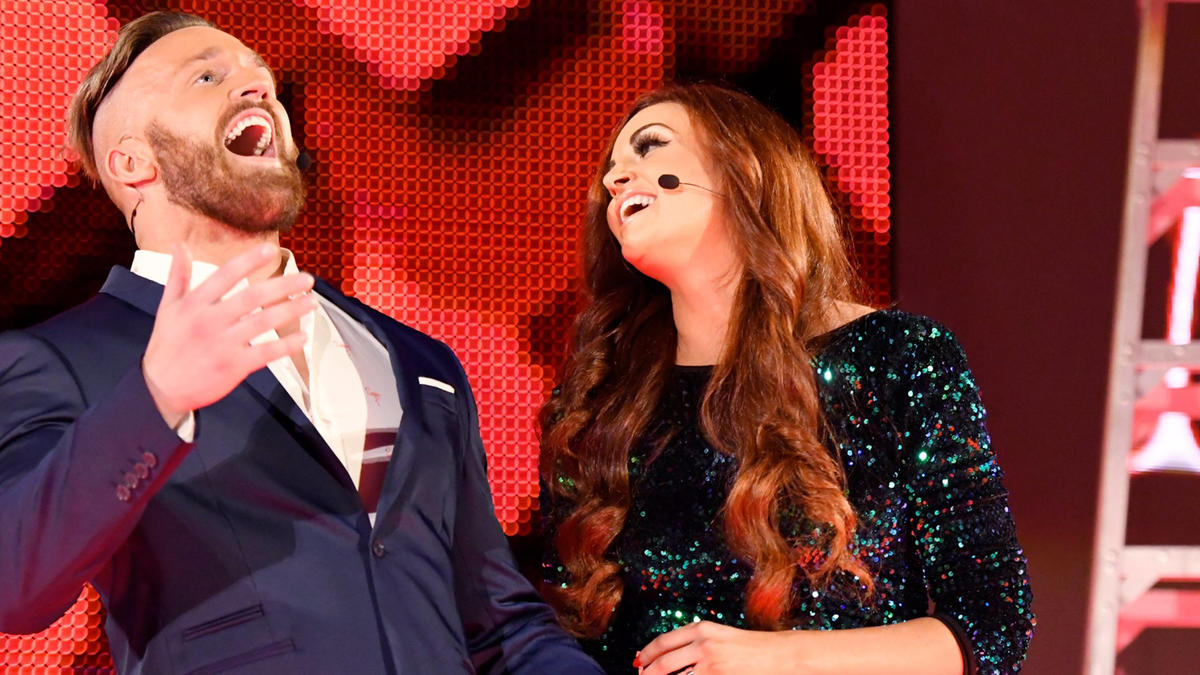 Let me kick off this entry by saying how much I really love their theme. I’m not kidding.

There wasn’t much said here other than educating us about love or whatever, but it looks like they’ll be taking the couple in a new direction. Mike has seemingly taken Maria’s last name, which says a lot about the power dynamic of the couple. It’s a fresh take on the “annoying couple” gimmick.