A listener calls into the show and tells Taz that in a recent ‘I Quit’ match on the indie scene, one performer pulled a gun on the other in order to make them quit. The caller thinks that was a bit much, and Taz agrees. In this day and age, Taz doesn’t think there’s a place for that stuff in the business of professional wrestling, but that’s strictly his opinion.

Taz gets into his Money in the Bank predictions.

He says that it’s weird to see a PPV with only five matches on the card, but he admits that the two Money in the Bank ladder matches will eat up a large portion of time. He points out that it takes a long time to tell good physical stories when ladders are involved.

The Usos vs. The New Day – The Usos

* Taz doesn’t think that The New Day needs the Titles right now, and a win over New Day will strengthen The Usos’ Title run significantly. Taz thinks that The Usos are one of the freshest acts on WWE programming right now, and he’d like to see their Title reign continue.

* Taz thinks Lana will defeat Naomi for the Smackdown Live Women’s Championship, but he doesn’t think that’s a good idea at all. He thinks that Naomi has had a good run with the Championship, but it’s evident that WWE wants to push Lana to the moon. After debuting with a big entrance and a new gimmick, a loss here for Lana will kill her run before it even gets started. 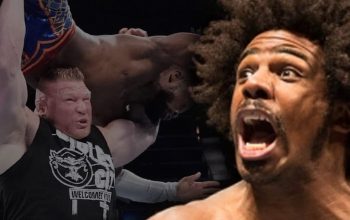 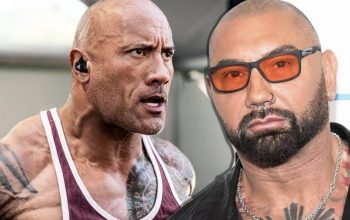