Mr. Brock “The ‘Conqueror’ Beast” Lesnar will finally defend his Universal Championship at the aptly named Great Balls of Fire. His opponent is none other than Mr. Samoa “Samoan Submission ‘Destroyer’ Specialist” Joe. This has all the potential in the world to be a great match if WWE actually decides to book a proper match. It should be a hard-fought battle, but many feel that he is a placeholder contender until the proper Samoan can win the title. We still don’t know what WWE’s plans are, but hopefully, they crown the Destroyer in July. The Samoan Submission Specialist would be a great Universal Champion, and here’s why.

He’d Actually Be There Most of the Time 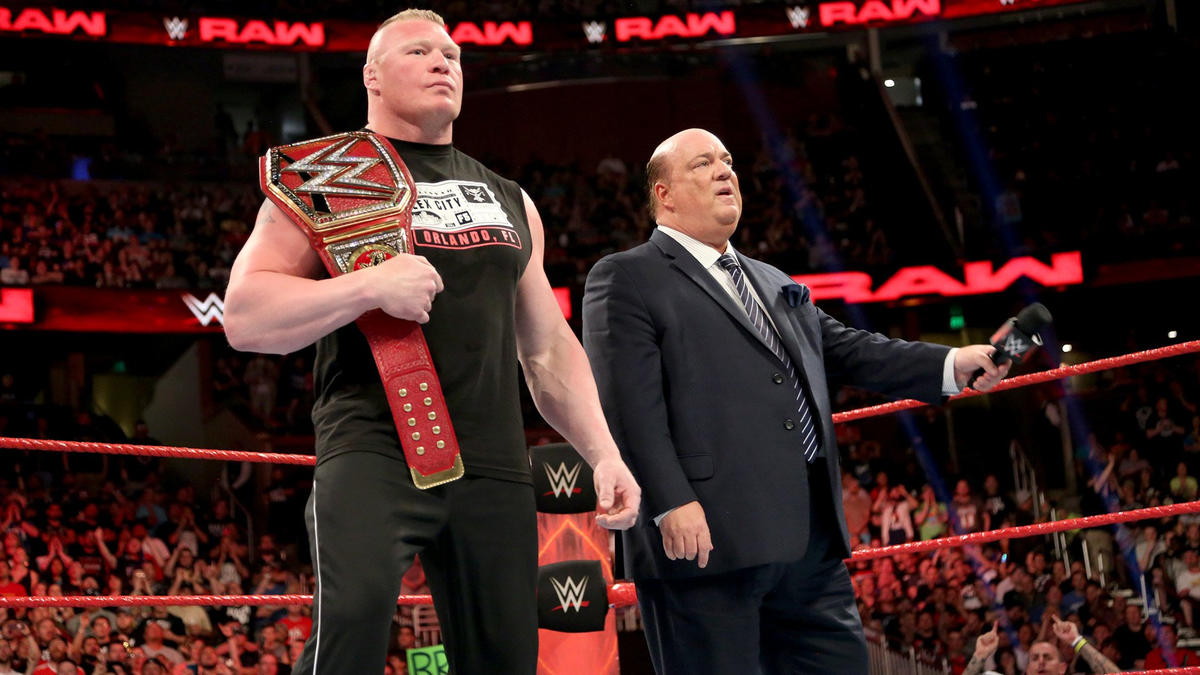 We can’t really fault Lesnar for wanting to work 10 times a year and get paid millions for it. He took Mr. Perfect’s advice to refrain from making wrestling his whole life. Good for him. I can respect that.

However, when Lesnar has the championship and disappears for months on end to go kill a wolf with his bare hands, it can leave Raw feeling a bit barren. Obviously, when he does show up, it’s a big deal, which adds to his star power (and to an extent, the star power of the belt).

If Samoa Joe had the title, we’d be seeing it a bit more often, what with the fact that Joe is actually a full-time Superstar. There are two groups of people when it comes to top championships. Some people prefer frequent defenses, while others want to save those for big occasions. Both are right, but there’s a fine line in between them. It’s been 69 days since the title was defended, and it hasn’t been successfully defended at all in almost 100 days. That’s kind of bad.

With the Destroyer holding the championship, we’d see it defended a bit more frequently, which could help boost the stock of the belt.

He Could Have Great Matches With the Rest of the Roster 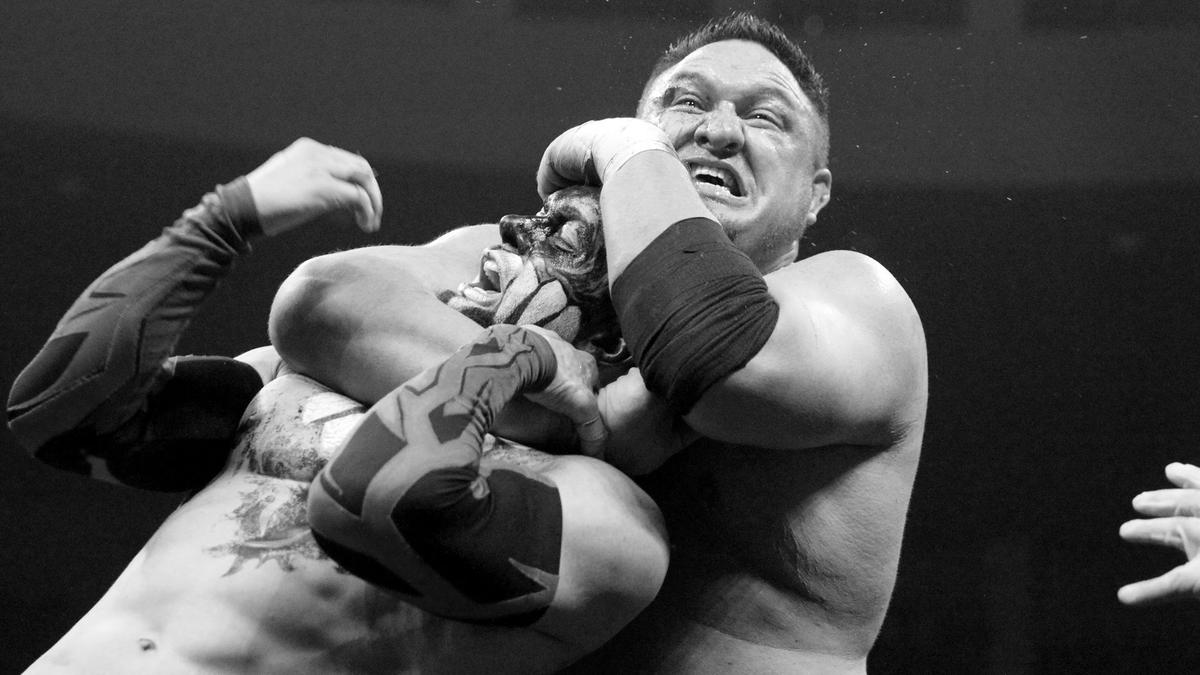 Brock is an incredible wrestler, there’s no doubt about that. So is Joe. The problem is that ever since Lesnar defeated John Cena at Summerslam, his matches have since devolved into suplex spam. It’s like when you first learn to play Mortal Kombat and all you do is press one button and try to win. The difference is, Brock Lesnar actually wins. So there’s that.

Joe’ first/last feud with Seth Rollins sucked a whole lot, but that was because of the story. The matches were fine. There was just no real reason for the Destroyer to fight the Kingslayer other than “hurr durr Stephanie fell through a table, I’m gonna kick your ass”. Rollins defeated Triple H; that should have been the end of his story with Joe.

If the Samoan Submission Specialist got his hands on the Universal Championship, then he could put on great matches with the other big names on Raw. I wouldn’t mind seeing Rollins v. Joe again. I wouldn’t even mind seeing Balor v. Joe again. Heck, let’s put the two Samoans in one match and have them beat the hell out of each other for the Universal Championship.

It Will Boost the Championship’s Image 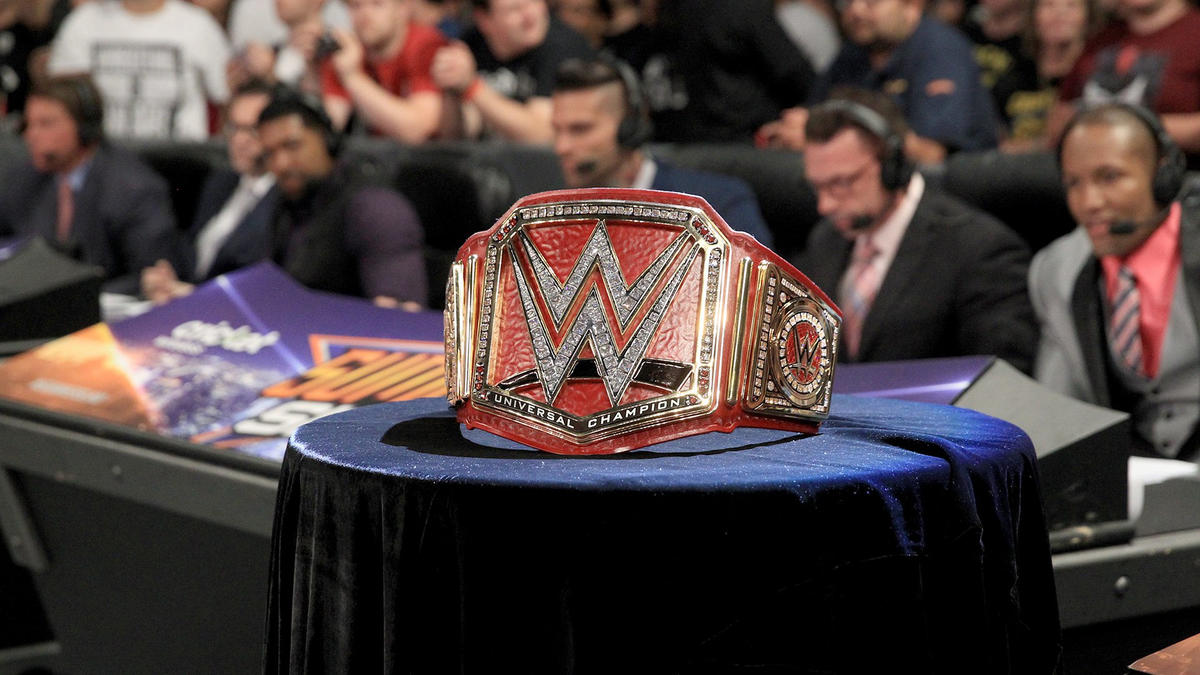 Of course, none of this will come to pass because Lesnar is keeping the belt warm for the Big Dog. Beleedat.