This may seem an odd petition to many, but hear me out. WWE, please give Mojo Rawley more screen time. There, I’ve said it.

You may be wondering just why I would request such a thing. After all, who cares about him? Well, I do, apparently. I also believe that with the right circumstances and time, Mojo could turn into a big deal. He has most of the tools needed, and with some improvement, he could be very, very good. But these things will not happen until he gets more screentime.

He Needs to Improve 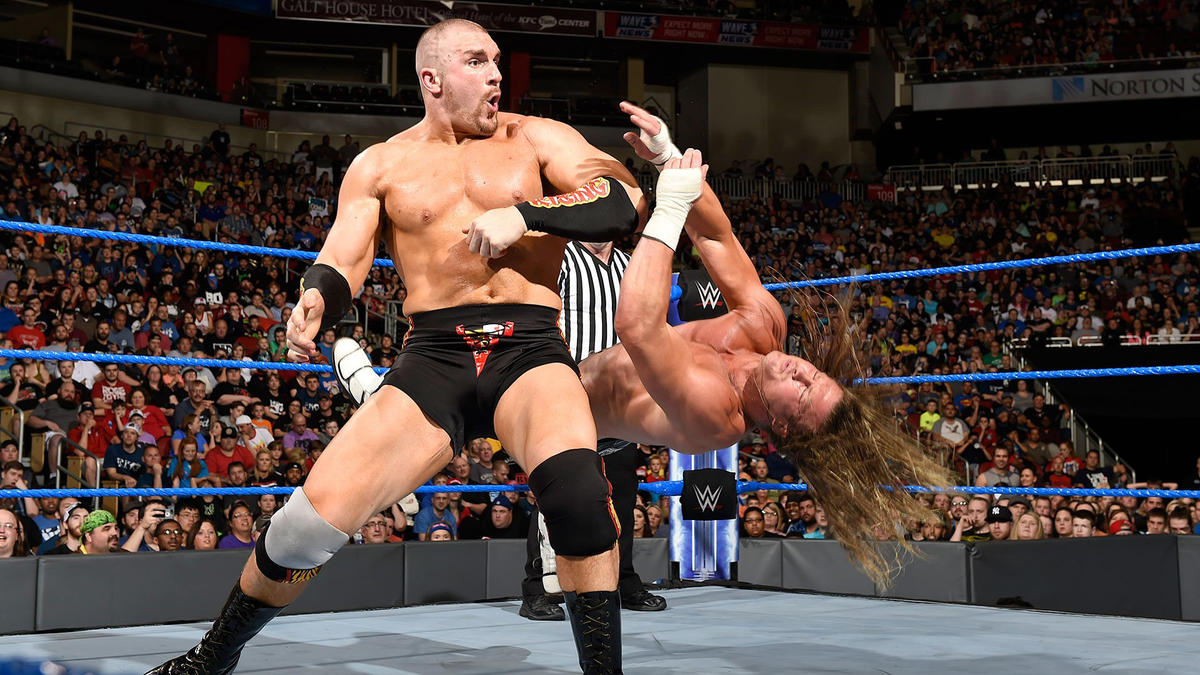 Right now, Mojo isn’t exactly setting the world on fire, particularly with his move set. Power-based repertoires are hardly the most exciting, but if they are done right, then they look spectacular. Mojo is quite far away from being spectacular.

Was he called up too early? Probably, but he was brought in to bolster the tag team division. He was going to be the hot tag, cleaning up while Zack Ryder wowed the audience with his 450 splashes. However, Ryder got injured. They didn’t want to leave Mojo hanging around like a bum, so they pushed him as a singles star, where his flaws and limitations were exposed.

What’s done is done. However, this can be corrected by giving Rawley more matches, which means he’d be on our televisions more often. It worked for Strowman. He couldn’t wrestle to save his life back before the brand split. Fast forward to not even a whole calendar year, and he’s one of the best parts of Raw. Some people just need to be put in a sink-or-swim scenario. Corbin wasn’t exactly good when he was called up in April. At the end of the year, he had one of the best Chairs matches against Kalisto, had an entertaining match with Jack Swagger, and was in one of the best matches of the year against AJ Styles and Dolph Ziggler.

If WWE wants Mojo Jojo to improve, then they’ve got to have him fight more people, even if its jobbers from the city. 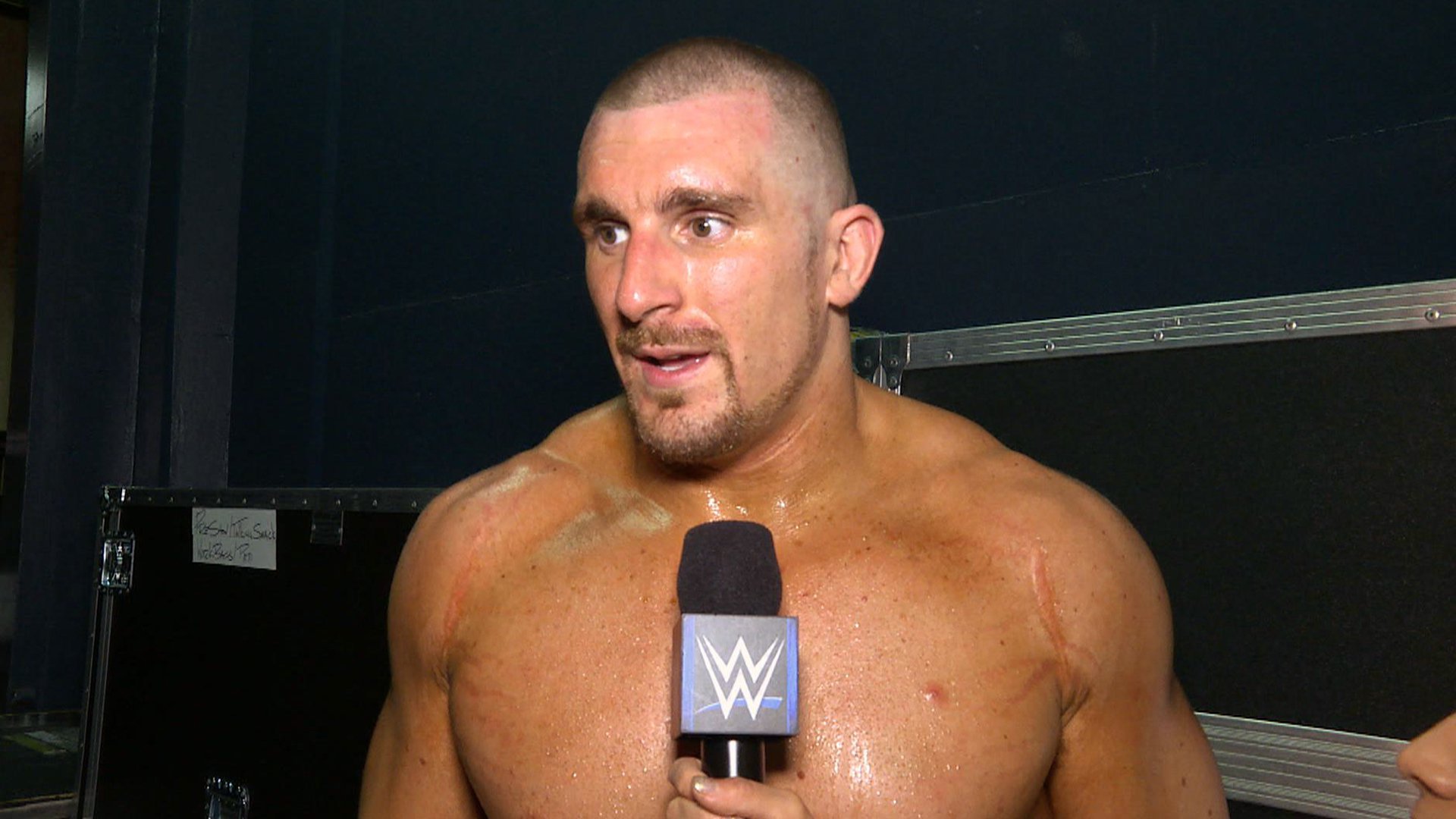 When Mojo first appeared on Talking Smack as a singles guy, I was pleasantly surprised to hear him speak. He was quite well-spoken, a far cry from the man in the ring screaming for hype or whatever. I knew he was the youngest graduate from the University of Maryland or something like that (that’s what the graphics in his entrance told me). Well, I thought to myself, Talking Smack really can make anyone sound good. There’s less scripting, more creativity, etc. Then I heard his backstage promos.

We still came off as an eloquent speaker. He showed he could hang with the likes of Dolph Ziggler, who is no slouch on the mic either. Even with that weird, pointless segment where he gave some kids a tour and told them how hard Andre could kegstand, he sounded very natural. Yeah, the segment kinda sucked, but Mojo did his best.

When I saw/heard his promo on Smackdown with Shane, I genuinely felt for the guy. I’m probably just weak, but he seemed so sincere. He had been a ghost, he had been doing a whole lot of nothing. He just wanted one opportunity.

Then he lost to Jinder. I get it. You can’t have lower card guys beating the champ, and Jinder’s gotta get that Heel Heat™. But still, I felt bad, and I think that’s the most important part.

He Could Become Genuinely Likable 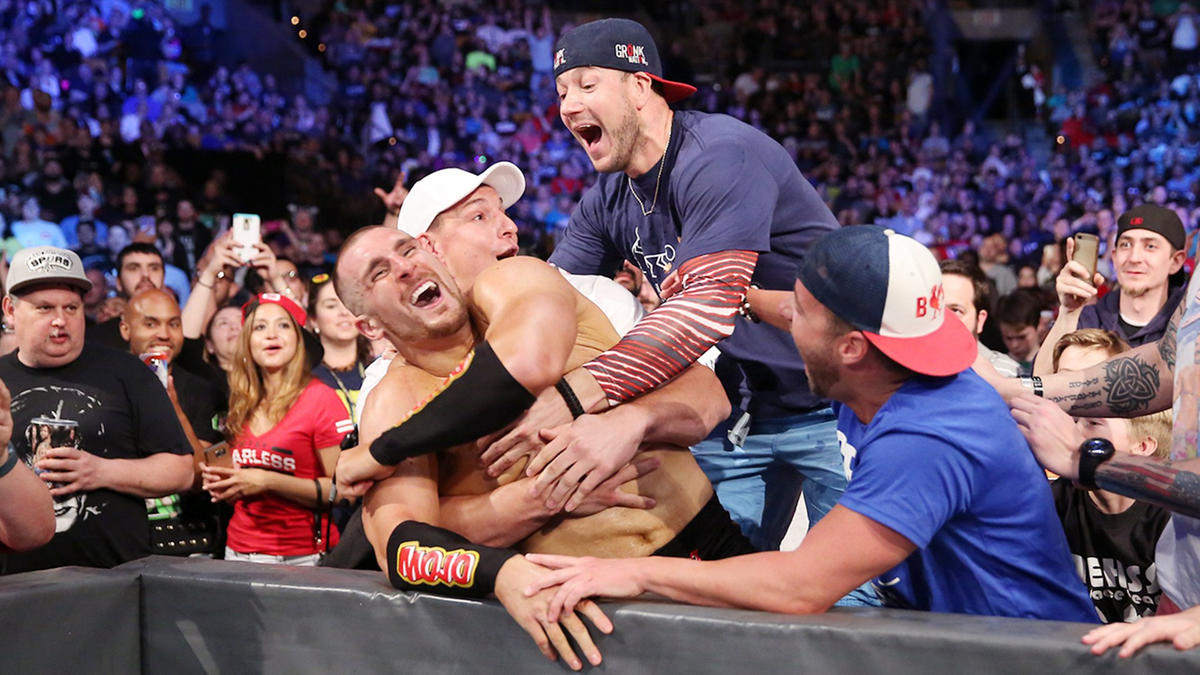 Right now, a lot of people don’t like Mojo Rawley. He’s got a limited move-set, and his hype shtick can rub people the wrong way. I get that. With some time, though, he could really turn some people around. Give him more promo time to show how genuine he is. Give him more matches to improve his move-set. This can be easily fixed.

In a show that runs for a whole year, you can’t tell me there’s no time for Rawley. This is the same company that made Jinder Mahal champion, has shown the Fashion Files for a month now, and had R-Truth challenge for the WWE Championship. These things aren’t bad; they’re just some of the more “out there” things WWE has done.

Lots of people say Mojo is a nice guy, whether it’s because they saw him on Breaking Ground, or because they follow him on Twitter. Give him a chance to show that he could be a big deal. If it fails, then that’s alright. These things happen. However, if it does take off, then you can make damn sure that I will be the conductor of this Hype Train.