Everything seems perfect. Everything’s okay. It will all get better now. At least, that’s what they say. The Golden Truth is what it’s all about, they told me. I can buy that, if I’m given something to believe in. WWE actually got me to believe Goldust and R-Truth, two wrestlers who are so old that they both held the Hardcore Championship, might actually win.

The story practically writes itself. Two veterans who many think “can’t get it done anymore” crawl through hell for one last chance in the spotlight. That sounds like an Oscar-winning movie. Heck, it probably is a movie. It would have been the fairytale ending to the story.

From an Inauspicious Start

This was going to be the culmination of a nearly year-long story. Goldust tried to recruit R-Truth into being his tag team partner. In a series of wacky videos that involved R-Truth insisting he was straight and Goldust squatting on a toilet, we witnessed the birth of the Golden Truth. Though they didn’t do much, they played their roles perfectly. It mainly involved losing to teams such as Breezango, the Club, and the Shining Stars, and it was all fine. Scooby Doo also got involved at one point. It was weird.

Last week something amazing happened. At the Payback pre-show, they were “lobbying” for a title opportunity. I thought to myself, hey, that’s pretty funny.

On Monday, we get another backstage segment. This time, I was all for the Golden Truth. Goldust cut a poignant promo begging and pleading for an opportunity at the title. Kurt Angle was hesitant, mainly because they spent most of 2016 losing (at one point R-Truth even sold his and Goldust’s spot in the 10-man Survivor Series Raw Tag Team stable to the Shining Stars). However, he was willing to throw them a bone by placing them in the Tag Team Turmoil match to determine the new No. 1 contenders to the Hardy’s Tag Team Championships. The stage was set. 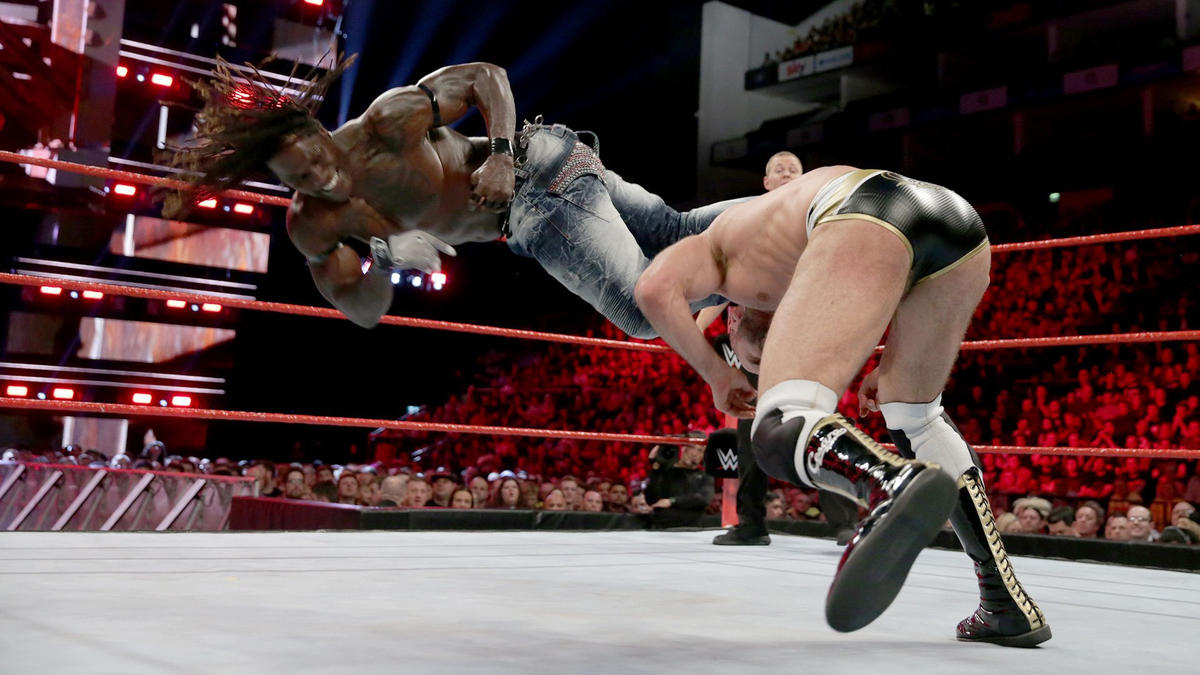 The Golden Truth went out there, determined to win. Prior to the match, Goldust tried his best to get R-Truth fired up, and it seemed to work. After the Europeans steamrolled the rest of the division (because that worked so well for American Alpha), the veterans showed up with something to prove. When I saw this match, I was amazed at how fluid and graceful both Goldust and R-Truth were. Goldust’s scoop slams are smoother than a frictionless environment, and Truth can still spin his body when he does that weird spinning kick/leg scissors. It’s like they’ve never aged. I mean, look at this.

After all that, they still lost. Sheamus and Cesaro didn’t even do their finishers. It was a schoolboy pin. Just like that,  my hopes and dreams were crushed. There would be no storybook ending to this tale.

Just for good measure, the Europeans attacked them after the match. Just because they could.