A listener calls into the show and says that WWE isn’t marketing the upcoming House of Horrors match between Bray Wyatt and Randy Orton as a WWE Championship match. Taz thinks that’s strange because he assumed the Title would be on the line. Upon checking WWE.com, he realizes that the fan is correct and he thinks it’s odd that the match won’t be for the Title.

Another listener calls into the show and asks Taz about the brand transition from WWF to WWE in the early 2000s. Taz says this was a very confusing and aggravating time for the company. Vince McMahon was not happy about that situation as it changed a lot of their branding and that cost him a lot of money. The company held several talent meetings in order to keep everyone informed of the situation as it was unfolding. 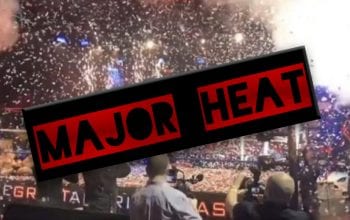