Lane plays an audio clip from Bryan Alvarez’s show for Wrestling Observer, where Alvarez’s guest suggests that Shane McMahon doesn’t derserve to compete in a WWE ring, and he certainly didn’t deserve to compete against someone the calibre of A.J. Styles at WrestleMania. Once again, Russo points out that this is simple one guy’s opinion.

Russo believes that Shane McMahon deserves to be in a WWE ring because his last name is McMahon. In addition to this, McMahon takes the business more serious than half the talent on the roster, and trains like a mad man in order to put on the best match possible for fans. Russo says that WWE is a television show, and the idea that someone like Shane McMahon doesn’t belong in the ring is silly.

In response to last week’s show, Mike Johnson from PWInsider tweeted out that Russo said all of those things for attention because he hasn’t been worth hiring in decades. Russo says he was working for TNA only 5 years ago and he’s not saying these things for attention. He’s saying these things because he gets personal enjoyment out of criticizing these marks for analyzing professional wrestling. 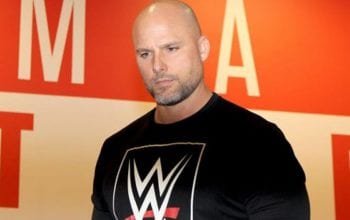