Russo asks Shamrock about Dan Severn. Jim Cornette has said many times that Russo’s poor booking is the reason why Severn failed to get over with the WWE audience, but Russo says that’s ridiculous. Russo points out that Shamrock could actually talk quite well, where as Severn couldn’t cut a promo to save his life. He was such a polite person, that he just couldn’t cut an aggressive, threatening promo.

Shamrock says that Severn is a straight-laced, polite person who doesn’t really step outside of his comfort zone. Wrestling fans were accustomed to high-flying, entertaining action in the ring and Severn’s in-ring work consisted of mostly mat wrestling. Shamrock thinks that played a big factor in Severn’s failure to get over during his time in WWE.

Shamrock admits that there seems to be some heat between him and Severn now. Shamrock went out of his way to try to set up a fight between him and Severn recently in an attempt to make Severn some money, even though the promoters didn’t want Severn involved because they were afraid that Severn wouldn’t draw. Shamrock stuck up for him anyways and the fight was approved.

After that, Shamrock failed a drug test which delayed the fight and Severn took to social media where he bashed Shamrock, saying Shamrock had no interest in fighting him. Shamrock couldn’t believe that, since he was the one trying to set the whole thing up in the first place.

Russo asks Shamrock if he’s afraid of anything, because he definitely doesn’t appear to be afraid of much. Shamrock says he’s afraid of heights, and he’s also afraid of drowning. He says that he hates the feeling of being restricted, and he thinks that played a factor in his ability to fight out of submission holds in his MMA career. 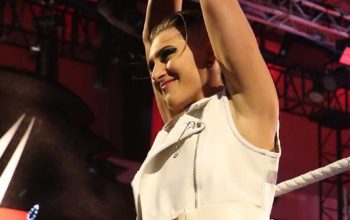