The WWE Universal Champion has a long and storied history dating all the way back to August of 2016. In that time frame, only a select few superstars have been able to call themselves Universal Champions. Wrestlemania is coming up, and it will be the first time the Universal Championship will be defended at the Show of Shows. I feel now is an appropriate time to reflect. Let us look back and see just how far we’ve come. Without further ado, here it is. This is the complete and comprehensive ranking of all the Universal Champions in history. 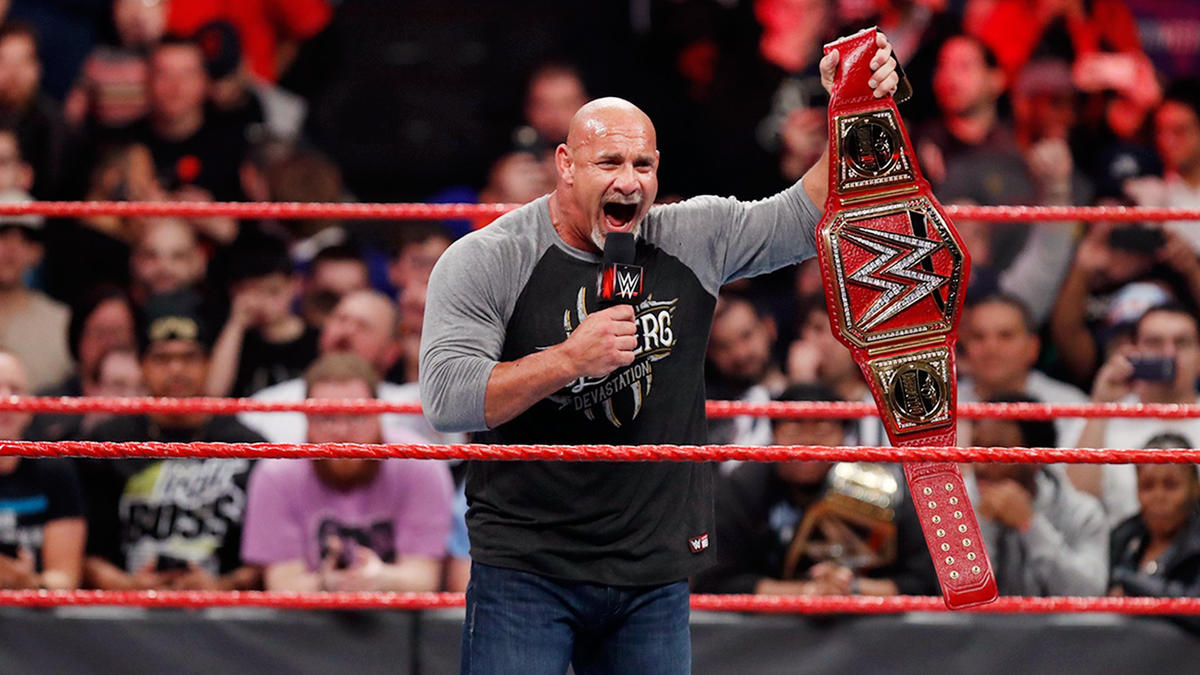 Goldberg is 50 years old, which means he is the oldest ever champion on this list. The man has obviously fought tooth and nail to win this achievement. He scratched and clawed ever since reappearing in November. He has not wrestled for more than 10 minutes total since returning, but it was still an arduous journey nonetheless.

Unfortunately for him, Goldberg comes in last for a plethora of reasons. Not the least of which is the fact that he gets tired just walking to the ring. Okay, he’s old. We get that. Old people get tired. However, the dude sweats gallons just cutting a promo in the ring. Keep in mind that they aren’t performing in the middle of god-forsaken nowhere (I don’t think Goldberg’s appeared in Florida yet). The last episode of Raw was in Chicago. It’s the Windy City for a reason: there’s lots of wind, so there’s no need to sweat.

Goldberg’s bookings are questionable at best. Okay, beating Brock Lesnar and tearing him a new one in under 90 seconds is all fine and dandy because hey, we were not expecting that finish. Cool. Props to WWE and Goldberg for surprising us.

Do you know what having him beat Kevin Owens in under 30 seconds does? It makes the entire roster look like a bunch of morons. Former WWE Champions, Seth Rollins and Roman Reigns, couldn’t beat the guy. Braun Strowman, Gallows and Anderson, AJ Styles, Sheamus, Triple H, Wade Barrett, Alberto Del Rio, Dean Ambrose, among others, failed to do what Goldberg did in 30 seconds. You know how that makes him look? Pretty weak. 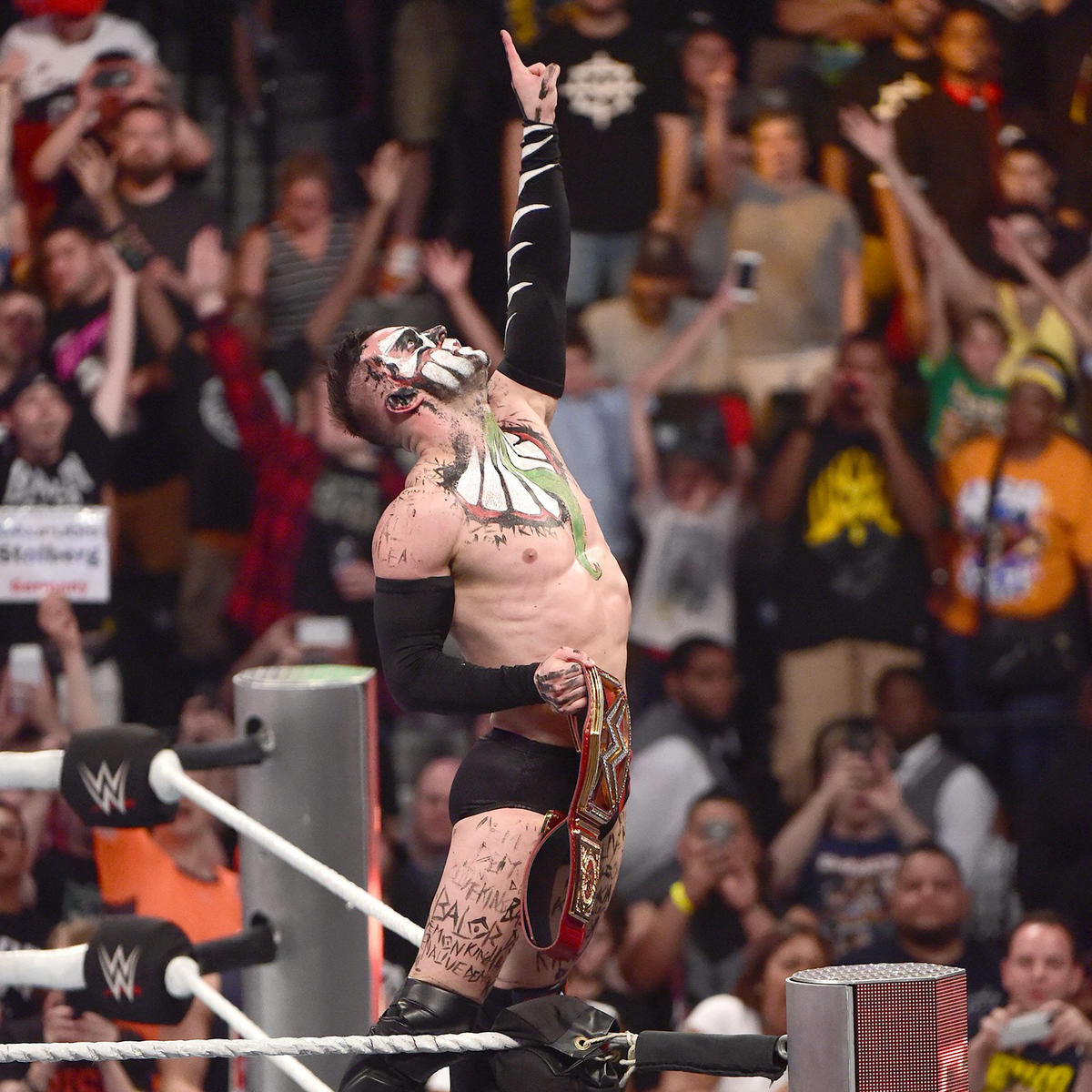 Finn Balor was the inaugural WWE Universal Champion. He is also the shortest-reigning champion, with his reign clocking in at just around one day in length. Still, he beats Goldberg because he can walk to the ring without looking like he’s going to drop dead from exhaustion. He gets points for that feat.

Balor beat Seth Rollins at Summerslam to become the first ever champion. He then relinquished it the next day because he injured his shoulder after being powerbombed/tossed into the barricade. Dude handled it like a pro as well. He popped that shoulder right back in and finished the match.

His crowning moment was the pinnacle of a long journey dating back to his call-up in July during the 2016 draft. Balor spent many (read:2) years toiling away in NXT, and many were excited to see him on the main roster.

Raw was left without a World Champion, so they got several wrestlers to compete in fatal-four ways for the right to face Seth Rollins at Summerslam for the brand new Universal Champion. Balor won against Cesaro, Kevin Owens, and Rusev. He then stomped Roman Reigns’ ribs into oblivion to earn his spot at Summerslam.

WWE clearly had big plans for him going forward, and his injury didn’t just throw a wrench in them: it threw the whole toolbox. If Balor had not gotten injured, it’s hard to say what might have been. Still, he is the first ever champion. No one can take that from him. 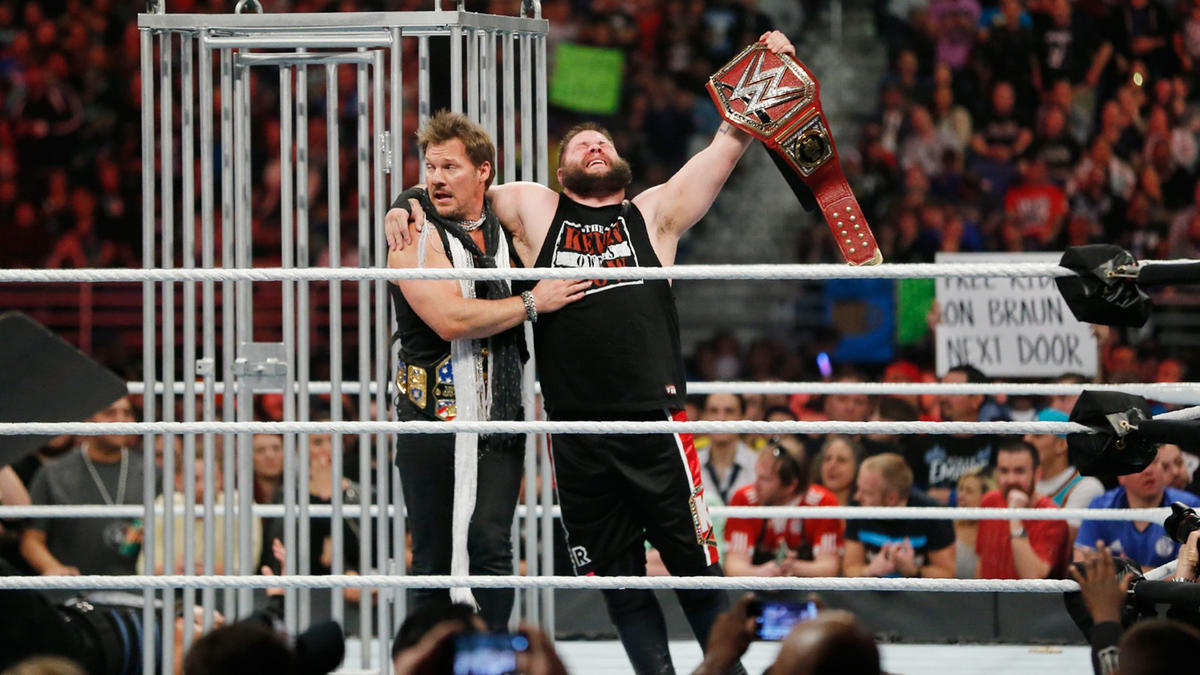 Kevin Owens really had to work hard for his shot at the title before it was literally handed to him by Triple  H, who then disappeared for whatever crazy reason. If we can get past the dubious circumstances of the start of his reign and only focus on the dubious circumstances of pretty much all of his title defenses, we can enjoy the greatness of it.

He is officially the longest reigning Universal Champion (that is, until Brock Lesnar gets his hands on it and disappears to go farming or whatever). He held the belt for 188 days before dropping it to Goldberg. During those 188 days, he fought very hard to hold onto his championship.

Out of his 6 televised successful defenses, someone else pretty much had to show up and help him out. It’s not like the champion is expected to look good or anything. Clash of Champions? Chris Jericho. Hell in a Cell? Jericho. No Disqualification match on Raw? Jericho. Roadblock: End of the Line? (only available on the WWE network for $9.99, and your first month is free, what are you waiting for, go sign up for the WWE network today) Chris Jericho. Royal Rumble? Chris Jericho is trapped in a shark cage, so Braun Strowman instead. Owens pretty much sucked as a wrestler during his reign. Forget that he was a two time Intercontinental Champion. He beat John Cena in his debut match, but let’s ignore and forget that people actually thought he could win Money in the Bank.

Still, his run was pretty enjoyable. He and Jericho were the highlights of more than a few (pretty dreadful) episodes of Raw. He did his darndest to turn what he was given into gold, and for the most part, it worked. Still, just as his run was starting to pick up (about 160 days into his reign), he got his legs cut from under him.

Of the “top” 3 title holders, the belt really kinda sucks so far. Here’s to hoping the next few years are kinder to it.